Photography today is so centered stuff that quite often we forget to take pictures. If you follow the perspectives embedded in online opinions and reviews, this photograph should have been impossible; I never should have captured hundreds of moving fish in low light without image stabilization, a tripod, and auto focus. 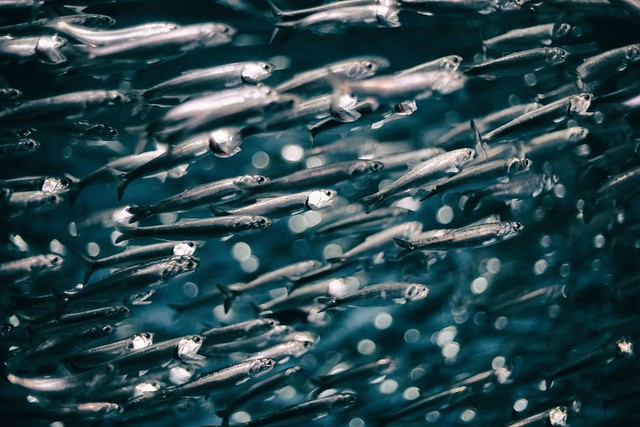 In reality, I won the 2015 Best in Photography category at the 51st annual Jamestown Fine Arts Association Art Show in Jamestown, ND. The photograph is “Roundabout,” an image of anchovies swimming in a circular motion taken at the Monterey Bay Aquarium in Monterey, CA.

Outside of his amazing photography, Henri Cartier-Bresson is best known for expressing the concept of the decisive moment where “photography is the simultaneous recognition, in a fraction of a second, of the significance of an event as well as of a precise organization of forms which give that event its proper expression.” Of the few shots I took of the anchovies, this one was the decisive one — the one where I wasn’t thinking, I was seeing something happen within that tank, left all of the technology behind, and simply took a photograph. Had I used an autofocus lens, over-thought what I wanted out of the bokeh, or obsessed about the camera’s ISO settings, I would have missed this moment.

This is one of the first images I shot with my Sony A7 camera mated to a Voigtlander Nokton 40mm f1.4 rangefinder lens. The shot was handheld in front of a tank of fish with the aperture wide open and the camera doing its own auto ISO thing. The final print was enlarged to 16×20 and printed on silver paper at Green’s Camera World in Monterey, CA. It will be on display at the Jamestown Arts Center through October 2, 2015.

View all posts by Chad Kainz

2 Replies to “On shooting “Roundabout””